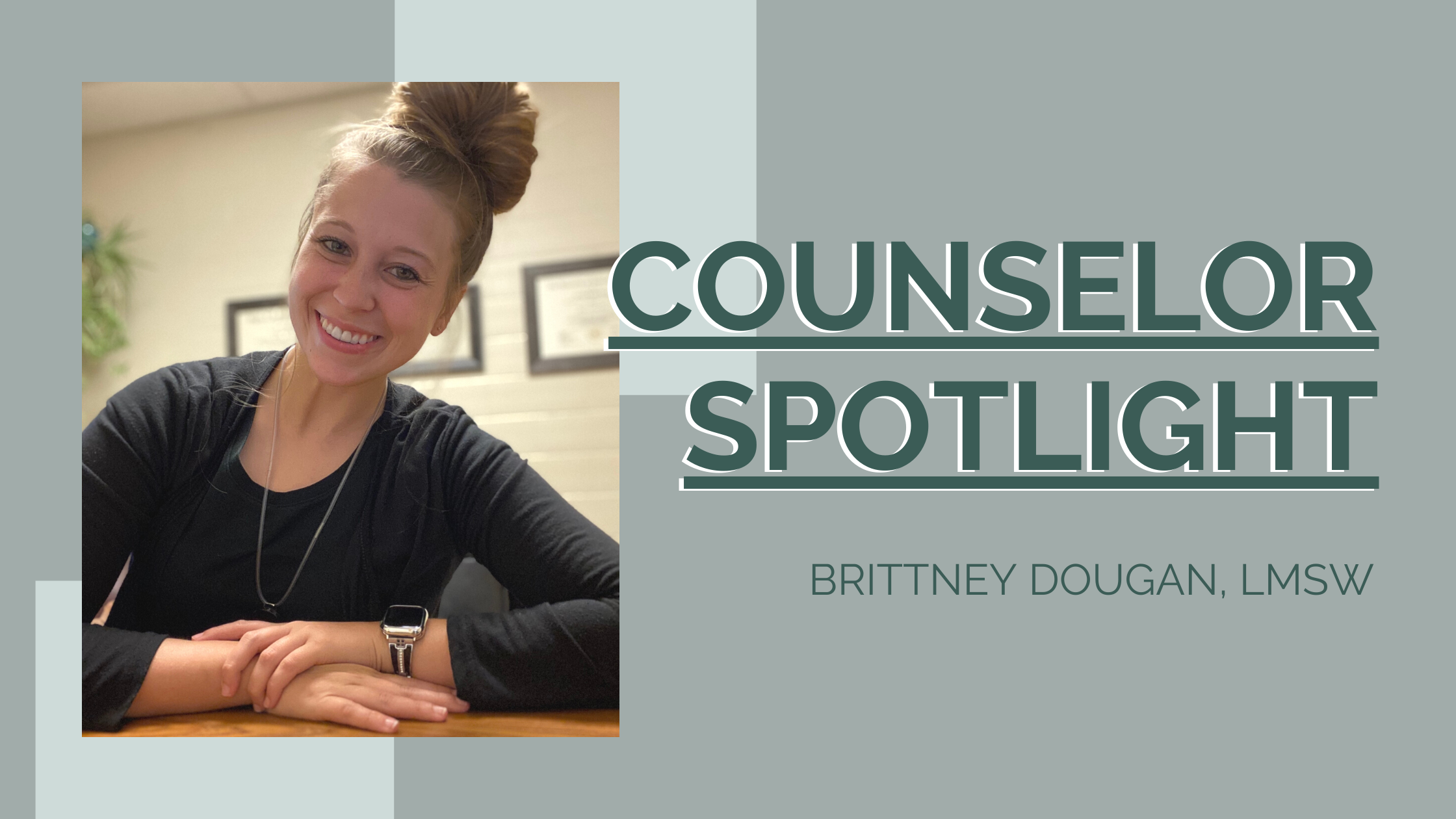 Posted at 20:04h in Blog, Counseling by nextstepadmin

Next Step counselor Brittney Dougan, LMSW, recalls a 7th-grade student she felt has made some of the most progress since Brittney started with Next Step in September 2020.

Over time, Brittney said the student revealed more about the source of her mental health struggles.

Then the student revealed she had been molested as a child.

“The student didn’t realize that was sexual abuse,” Brittney said. “I told her ‘You have all these things to deal with that you haven’t been able to sort out, and when you feel these emotions that come with what you’ve gone through, people tell you that you shouldn’t feel that way. No wonder you’re angry. People are telling you how to feel and they don’t even know what you’ve been through.”

Brittney and the student created a letter for the student to read to her mom without blaming her mother.

“When she talked to her mom about it, her mom broke down crying and said ‘I’m sorry I was so hard on you. I thought I should push you to make you strong, that’s all I was trying to do. I wasn’t trying to invalidate your feelings.’ Her mom didn’t know the whole story. So many times, even when parents do the wrong thing, they are trying to do what’s best for their kids.”

Brittney said she wanted to be a child psychologist in high school but didn’t like it, so she switched to social work case management.

“I really like working with at-risk young adults,” she said. “I can make them feel comfortable, they open up to me.”

Brittney worked in case management for three years and noticed a trend with her clients.

“Everywhere I turned, mental health was always a core issue,” she said. “Someone had been through something traumatic and picked up poor coping strategies, or even worse, they had PTSD. There was always a level of mental health issues … When I was working with 15 to 25-year-olds, it never failed that they had something happen to them at 10, 11, 12 or sometimes even as young as 2. And I couldn’t help but think ‘What if I could have been involved at that point?’ I worked at Rusk State Hospital, and I was able to do some good work but so many of the patients had gone so long without being treated that the best we could do for them was just stabilize them. There was no way to do actual rehabilitation. It just made me feel like I was coming in too late in the game and wasn’t able to make the difference that I wanted to.”

Brittney gave an example of a 3rd grader she started seeing shortly after starting at Next Step “whose grandmother told her she should run out into the street and die.”

So this third grader, when she got upset, she would try to run out in the street and get hit by the car,” Brittney said. “She said the night she ran into the street, they called the police and the police officers told her that they cared about her and didn’t want to see her hurt herself. That really meant something to her, because in her previous living situation, she didn’t have that. I thought ‘If she doesn’t get services right now, she’s at risk for drug abuse, or attachment issues, or get pregnant too early, who knows. I really like intervening as soon as you see warning signs so they really are set up for success in handling these issues.”

The third grader made a lot of progress in a short amount of time, Brittney said.

“She was very intellectual and in-touch with her emotions, she just didn’t know what her emotions were,” Brittney said. “I was really excited to see how far she came. She did move in November, but even before she left she was saying ‘I am going to remember the deep breathing that you taught me and the grounding techniques and the sensory techniques and how to go to my happy place.’ Everything we went over really stuck with her; she’s not going to run into the street anymore.”

Brittney said she loves that Next Step’s model removes barriers for students who need mental health services. Cost and transportation aren’t an issue because the service is free to the student’s family and the counselors see students right on campus.

“We have the best team and coworkers,” Brittney added. “Everyone is so supportive and just wants to help.”

Still some people, even parents, are still stuck in an old mindset about mental health services. One parent went so far as to send back a consent form ripped up into pieces.

“It’s a cliché, but it’s so important for people to stop believing the stigma. I haven’t seen it so much here, but at my other job working with 15 to 25-year-olds I would hear ‘If you see a counselor, you’re crazy.’ I hate it so much because so often, it’s something that’s completely out of your control. It’s not that something’s wrong with you, more often than not it’s that someone did something to you. We need to normalize mental health; it needs to be as normal to go to a counselor when you’re feeling sad as it is to go to the doctor when you feel sick.”