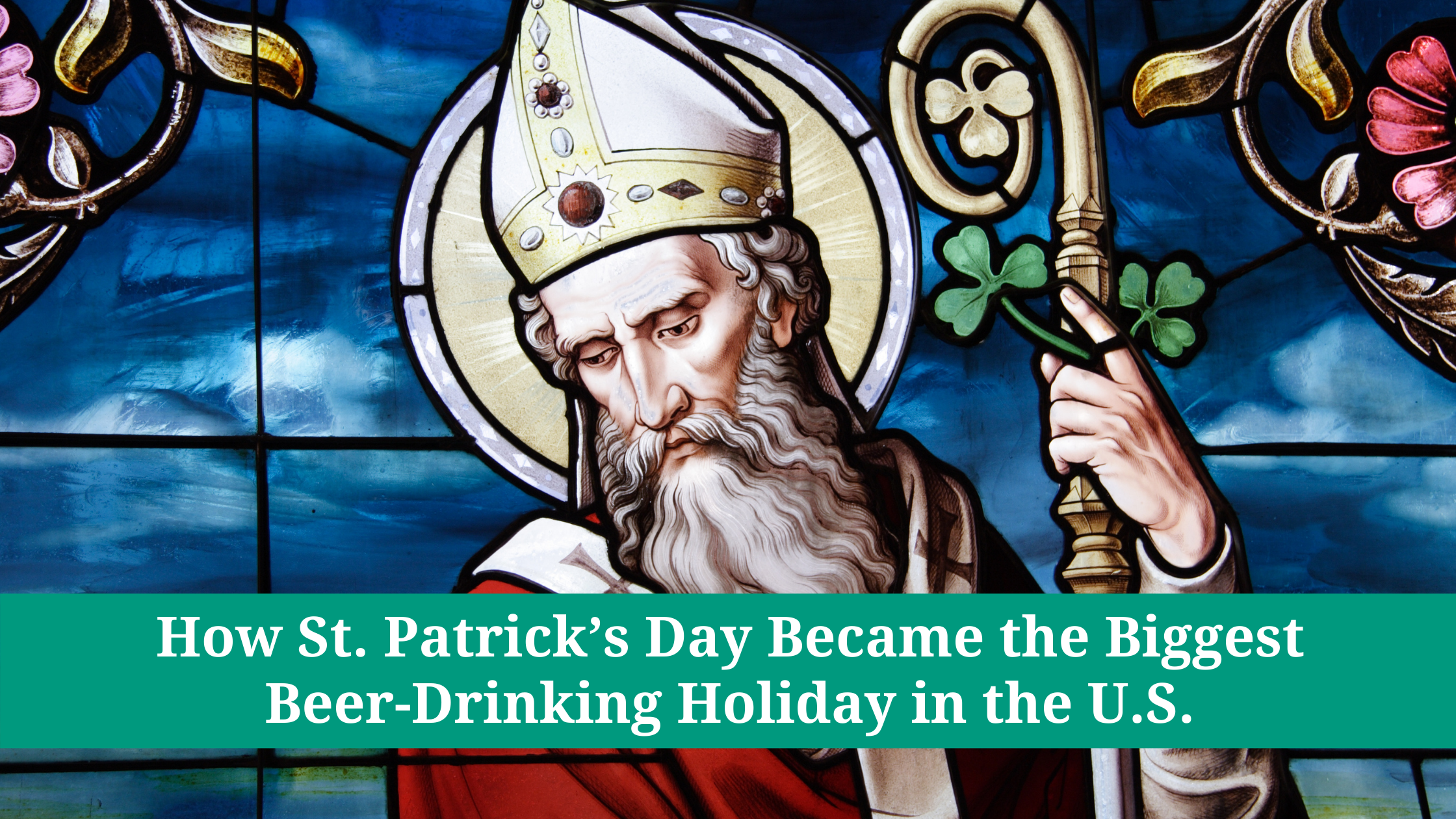 15 Mar How St. Patrick’s Day Became the Biggest Beer-Drinking Holiday in the US

Posted at 20:02h in Blog, Substance Abuse Prevention by nextstepadmin

March 17 is St. Patrick’s Day; a time filled with parades, shamrocks, green clothing, and plenty of alcohol. But how did this centuries-old holiday evolve from a day to commemorate the patron saint of Ireland to the biggest beer-drinking holiday in the United States?

It may surprise you to know that St. Patrick was not Irish. Born to wealthy 5th-century British parents, Patrick was kidnapped by pirates at the age of 16 and taken as a slave to Ireland. Six years later, Patrick escaped and returned to Britain, eventually becoming a Christian bishop. Not only was St. Patrick not Irish, but he also was not a true “saint” as he was never canonized by a pope (a process which did not begin until a few centuries after his death). Still, many Catholics claim him as one of their own, honoring the religious fervor he exemplified in his missionary work.

According to his own writings called Confession of Saint Patrick, Patrick returned to Ireland after receiving a vision of the Irish calling him there. He would spend the rest of his life in Ireland, baptizing “thousands of people” and teaching the Irish the ways of Christianity. This expulsion of paganism has been mythologized by the tale of St. Patrick driving all the snakes from the island, something we now know is scientifically inaccurate as Ireland’s frigid temperatures make it impossible for snakes to ever migrate there in the first place. One of the most iconic symbols surrounding St. Patrick’s Day is the shamrock, which legend says Patrick used to explain the Christian doctrine of the Trinity. Sometime in the 18th century, people in Ireland began wearing shamrocks on their clothing to commemorate St. Patrick’s Day, which over time evolved into today’s tradition of wearing green.

One of the biggest reasons St. Patrick’s Day has become synonymous with drinking has to do with the date on which the holiday falls. St. Patrick is said to have died on March 17, 461. This date conveniently falls within the Christian season of Lent, which is a time of abstaining from certain food and drink, including alcohol. In celebration of the life of their patron Saint, Irish Christians removed the restrictions associated with Lent on this day and threw large parties to commemorate his death.

The second reason beer and St. Patrick’s Day are so closely tied has to do with the Irish immigration of the 1840s. Fleeing to America to avoid what become known as the Potato Famine of the 1840s, thousands of Irish immigrants flocked to major New England cities, bringing their culture and religion with them. More than a thousand years since the death of St. Patrick, the patron saint of Ireland has become less of a symbol of Christianity and more of a symbol for the Irish people themselves. Wishing to celebrate their national heritage, Irish Americans threw the first St. Patrick’s Day parade in Boston in 1737.

The break from Lent and the celebration of their national heritage makes St. Patrick’s Day the top on-premises beer-drinking holiday in the United States. That means that more people drink beer in bars (as opposed to their homes) than on any other day of the year.

Unfortunately, this means that many teens partake in the festivities as well, which can have devastating results. Research shows that the human brain doesn’t finish developing until a person’s mid-20’s, and alcohol consumption can stunt that growth. In fact, a person whose first sip of alcohol comes at age 15 is six times more likely to become alcohol dependent than someone who starts drinking at the legal age of 21. The prefrontal cortex controls a person’s threat-assessment and risk-taking and is the last part of the brain to develop, which is why teenagers often make dangerous and risky decisions. Adding the drop in inhibition that alcohol brings to a teen brain, which is already at a disadvantage in calculating risk, can result in deadly consequences like car accidents, homicides, sexual misconduct, drownings, and more.

While St. Patrick’s Day has a long and interesting history, there are still dangerous consequences to the celebrations that the day has become known for. At Next Step, we focus on drug and alcohol prevention through our community coalitions. If you’re interested in learning more about them or joining one, contact Rebecca Smith at rebecca.smith@nextstepcsi.com.