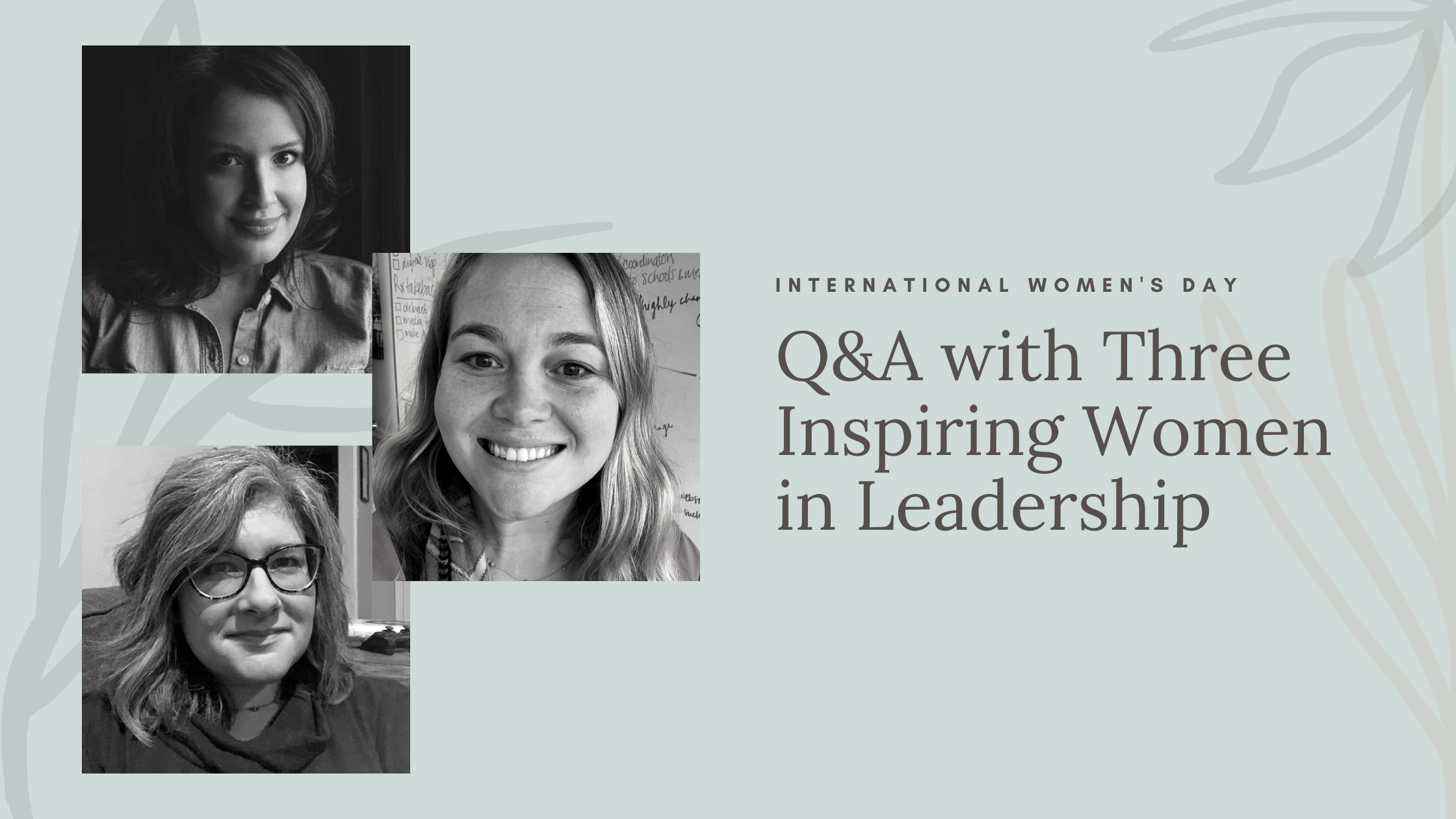 Posted at 17:30h in Blog, Spotlight by nextstepadmin

At Next Step, we are committed to raising awareness about women’s equality and promoting a culture of diversity and inclusiveness of all kinds. To celebrate International Women’s Day this year, we talked with a few of our directors about what inspires them as women in leadership.

JESSICA RICHARDSON, director of development, is an East Texas native who returned to life behind the Pine Curtain after two decades of getting an education in Denton and being an educator in Houston. She stepped into the nonprofit world in 2015 and loves the experiences and people she has met on this journey. In her spare time, she tries to keep plants alive, snuggles with her dog, and dreams of post-pandemic travel.

Who is a woman that inspires you and why?

JR: My Grandmother. She gave the world four dynamic, amazing daughters, one whom I’m blessed to call my Mom, and each of them grew into women who have blazed trails for others around them. And they would all say they owe that strength and resiliency to their mother, my Grandmother.

She left her tiny East Texas town for Houston just after high school, where she put herself through business school and went to work in the war effort. As a working mother of four, she became a minister in her church and was among the first women in Texas to be ordained in a Baptist congregation, something not only unheard of, but even downright scandalous at the time. She was smart as hell with a sharp tongue and quick wit that kept you laughing but also made you straighten up in your seat a bit. But she was most known for her kindness and the gentle way she was always, always helping others.

JR: I get inspired every time I see a woman help another woman move forward. This happens all the time in large and small ways, and it lifts my spirit every time. This world so often wants us to tear into one another, so lifting each other up is an act of radical rebellion. And I love it! ✊

JR: Too many to name, so I’ll go with the one that’s the most interesting to me—the tiny box of normative roles we give to women. Though I’m recently engaged, for most of my career, I have been a single woman without children, and people in all places of business, worship, and society at large have had no idea what to do with me. 😂 I’m constantly asked about my life’s choices from strangers, which is fine because I love talking, but it’s also kind of a weird thing we do to each other. We don’t ask women why they have decided to marry and have kids, but when we encounter women outside of that norm, we assume there’s a problem.

JR: From Tyler’s very own glass-ceiling busting Mayor Barbara Bass, “When life gives you a door to walk through, leave it open for the ones behind you.” 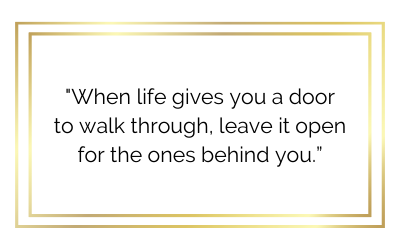 ANNA CRAIN, counseling program director, was born and raised in Houston and has a bachelor’s degree in Public Relations and Graphic Design, with a double minor in social work and photography from Texas Christian University. After graduating with a Master of Social Work from the University of Southern California, she helped start a new high school within the YES Prep Public Schools in Houston, where she was a counselor and later became Director of Student Support. Anna is recently married, and her husband’s job is what brought her to East Texas and Next Step.

Who is a woman that inspires you and why?

AC: My mom inspires me daily. She is a powerhouse businesswoman who began her own business in her early 30s and led it to become a global firm and the largest independent public relations firm based in the Southwest. Fluent in Spanish, she holds a bachelor’s degree in journalism and a master’s degree in radio/television/film from the University of Texas at Austin, where she has acted as an Assistant Adjunct Professor in The Moody College of Communication. She did this while raising my sister and me to be strong, independent women who value family, hard work, and education. She lights up any room and captures the attention of everyone around her. I am lucky to be her daughter.

What qualities make a great leader?

AC: A major barrier for me in my leadership path has been being a bubbly, blonde woman. Unfortunately, this automatically lends itself to people not taking me seriously. It is as though for women, that being happy means you are stupid. This is something that as my leadership has grown, I continuously have to push mindsets around leading from a strengths perspective and bringing joy to the workplace. With that said, as a woman when I have been firm or passionate, I have seen the switch flip and been quickly called “aggressive” or “too emotional.” At times, it has felt that no version of my personality would merit leadership solely based on the fact that I am a woman. I feel lucky to serve at Next Step where women in leadership are accepted and celebrated.

AC: Don’t be afraid to push up against barriers. You may fail and then fail again. Seek out mentors who will help pick you up and push you to continue to seek your purpose and passion. 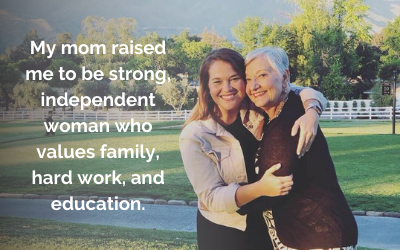 REBECCA SMITH, coalition program director, grew up in Watauga, outside of Fort Worth, and received her bachelor’s in communication studies from Tarleton State University in 2008 and her master’s in journalism from the University of North Texas in 2010. She worked for the Tyler Morning Telegraph from 2010-2014 as religion editor (married the entertainment editor in 2013 and their son was born in 2016)! She then decided to make the jump from journalism to public health in August of 2014 and has been with Next Step ever since. She also writes for the Tyler Loop and edits the weekly newsletter. During quarantine, she has been very into calligraphy and piano when she’s not busy working or being a mom.

RS: A women’s empowerment moment that inspired me is when women won the right to vote. I come from a family of strong women, and every time I vote I think of my grandmothers who always encouraged me to exercise that right. I have one living grandmother who I still call up and talk politics with!

What qualities make a great leader?

RS: I think great leaders encourage people to challenge themselves and are willing to admit when they’ve made a mistake.

RS: Journalism is especially rough on women; most of what I dealt with was lewd comments from sources and occasionally even a supervisor. Thankfully I’ve never dealt with that at Next Step! I think in every field though, women can be underestimated.

RS: Fight to be heard. You have good ideas and talents but as a woman sometimes we have to use a loudspeaker to get them across. 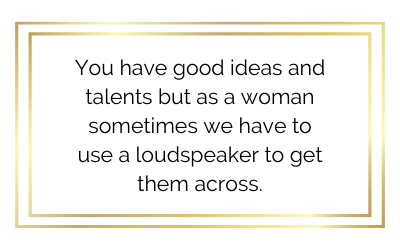 Suicide Prevention Awareness Week
Talking to Your Kids about Substance Abuse at Every Age
Coalition Corner with Bobby Mangham
Marijuana and 420: The History Behind the Pot-Smoking Holiday