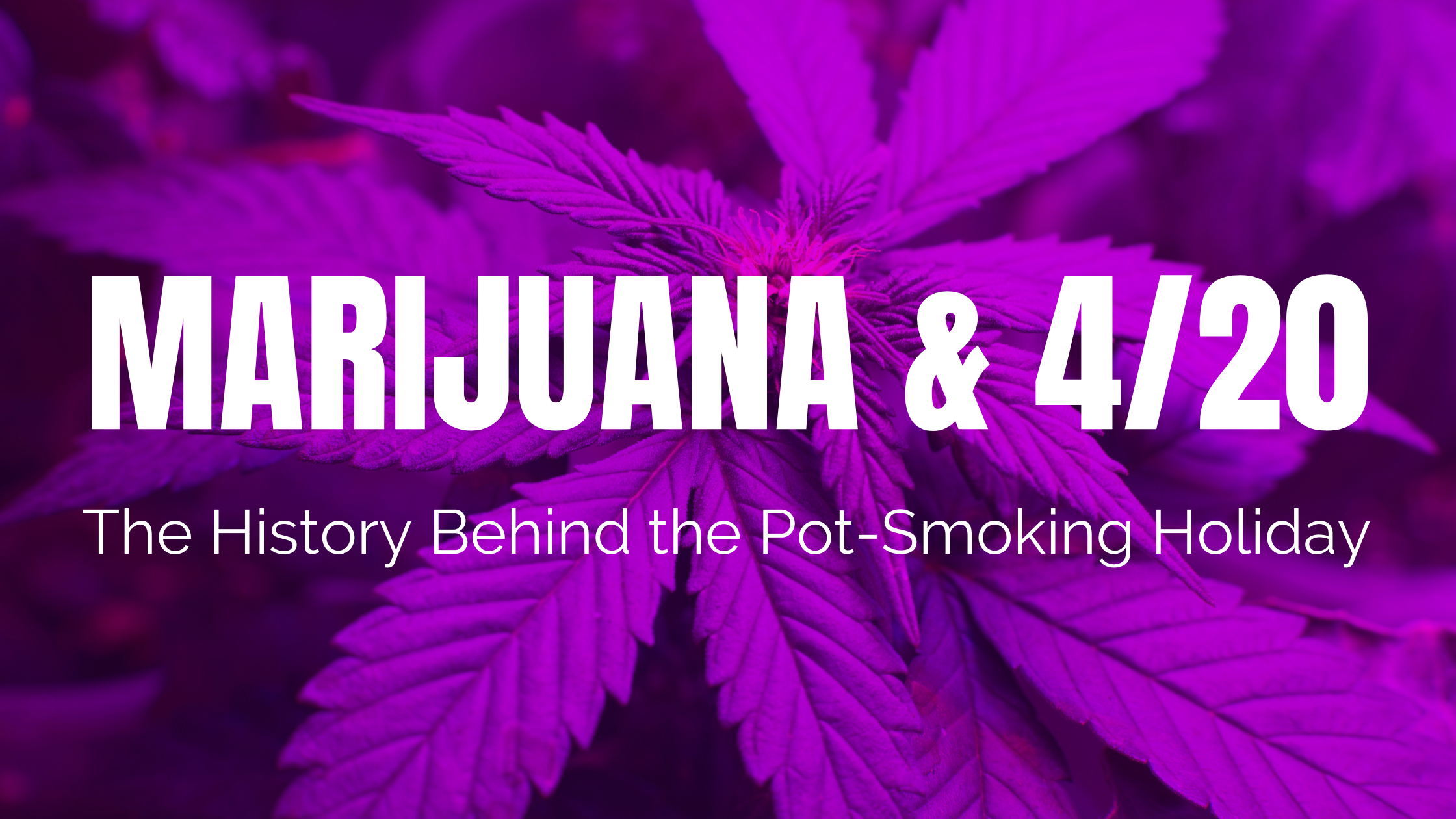 19 Apr Marijuana and 420: The History Behind the Pot-Smoking Holiday

Posted at 11:37h in Blog, Substance Abuse Prevention by nextstepadmin

April 20, or “Weed Day,” is the unofficial but widely accepted holiday for cannabis enthusiasts around the world. On this day, millions of “potheads” gather to “blaze up” or smoke marijuana together. But how did April 20 become the global weed-smoking holiday it is today?

Several theories have risen in service of answering this question, none of which have been verified. One such explanation claims it’s connected to California’s criminal code 420. However, a quick look into the lawbooks reveals this code actually has to do with obstructing entry on public land and nothing to do with marijuana. Another theory says police in LA used code “420” in their radio communications to refer to crimes involving marijuana. However, LAPD doesn’t even have a code 420. Some note April 20 is Adolf Hitler’s birthday, but no connection can be found between the Nazi leader and pot-smokers. Some say there are 420 active ingredients in marijuana when in reality there are more than 500. Perhaps the strangest theory relates to Bob Dylan’s song, Rainy Day Women #12 & 35 because those numbers when multiplied together equal 420. No evidence has been found to verify this theory, and Dylan himself has never confirmed the connection. 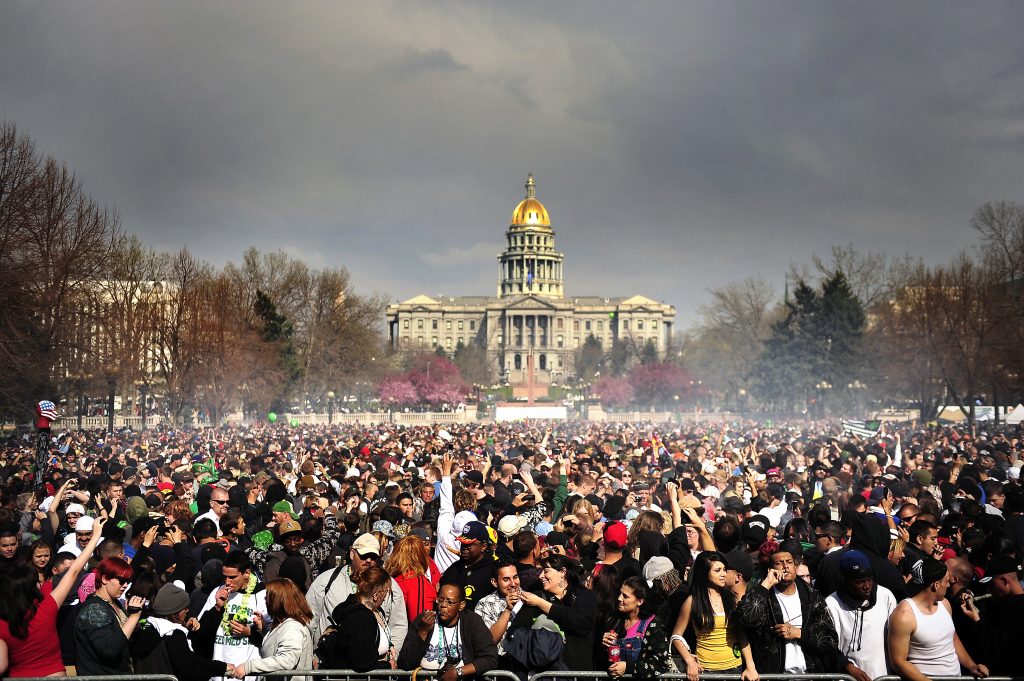 The most likely explanation for why April 20 became “Weed Day” has to do with a group of California teenagers in the 70s and the rock band, Grateful Dead. This group of high school friends in San Rafael, CA became known as “the Waldos” because they would meet by a wall after school at 4:20 and smoke marijuana together. “420” became code for their undercover operation, which conveniently fell between the time school let out and the time in which their parents came home from work. One of the Waldos’ older brothers was friends with the bassist for the Grateful Dead, who spread the new 420 lingo with the band and its fans as they toured across the country.

Eventually, 420 evolved to reference not only the time of day (4:20) but also the date (April 20). The first form of written documentation utilizing 420 to describe a weed-smoking holiday dates back to 1990. According to the Huffington Post, Steven Bloom, then a reporter for the Marijuana Enthusiast Magazine “High Times,” was given a flyer by a fan who had arrived early to a Grateful Dead concert. The flyer mentions “420-ing,” a reference to smoking pot on April 20 at 4:20 at a specified location in Marin County, the same place where the Waldos invented the code 20 years prior. Bloom included the flyer in the May 1991 issue of High Times, which solidified April 20 as marijuana’s holiday. 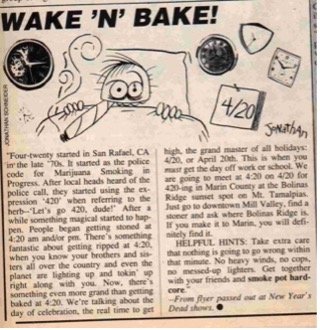 To date, more than 22 million people use marijuana each month, making it the most commonly used illegal drug in the US. Contrary to popular opinion, marijuana is addictive, especially for teenagers. Research suggests 9% of users become addicted, and that number increases to 17% for those who use regularly at a young age. According to the National Institute on Drug Abuse, long-term marijuana users who try to quit report withdrawal symptoms like irritability, sleeplessness, decreased appetite, anxiety and drug craving. Not only that, but teens who regularly use marijuana have been shown to have an 8-point decrease in their IQ as they develop into adulthood. 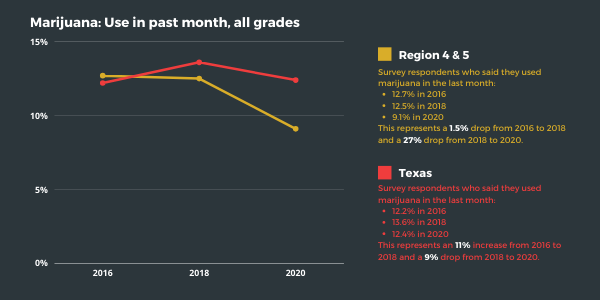 Fortunately, teen marijuana use in East Texas has been dropping in recent years. According to the Texas School Survey, only 9.1% of teens in East Texas say they’ve had marijuana in the last 30 days, representing a 27% drop from 2018. Now is not the time to let our guard down, however, as the trend of marijuana legalization in several states adds new challenges and opportunities in our effort to reduce marijuana use among our teens. Want to learn more about our mission to reduce youth substance abuse in Northeast Texas? Find us on Facebook by searching “Northeast Texas Coalition Against Substance Abuse.”