04 Dec What Makes a Great Mentor?

Posted at 06:00h in Blog, Sources of Strength by nextstepadmin

Having a mentor can be one of the most fulfilling relationships in a person’s life, but often it’s hard to pin down exactly what qualities make someone a great mentor.

That might be because what someone needs most from a mentor/mentee relationship can vary from person to person.

These relationships are so important, that we set them aside as their own strength on the Sources of Strength Wheel. So what exactly separates a mentor from Family Support, Trusted Adults or Positive Friends?

“A Mentor is an experienced person who shares their insight to help guide us, and help us draw on our own strengths to be the best version of ourselves.”

The defining feature of a mentor is someone who is selflessly invested in helping cultivate your growth.

When we asked our team who their mentors were, Social Media Specialist Sarah Collins was quick to answer.

Collins named her friend, colleague and former boss, Beverley Golden. More than five years ago Golden was interviewing Collins for a position at the University of Texas at Tyler and saw something of herself in the candidate.

Golden said she didn’t set out to necessarily mentor Collins, but hoped to help her grow and avoid some of the difficulties she had experienced early on in her own career.

“It was never conscious, Sarah was my friend, but I saw some of myself in Sarah. I always hoped nobody ever has to go through the things I did when I was starting out. I (hoped) to share what I’ve learned from my experience,” Golden said. “I wanted to share my knowledge gained from those experiences so her path would be a little shorter, because she was going to be a leader. She is a leader.”

Collins said what stood out to her was the way Golden led by example and the genuine admiration so many had for her. Collins said that as she was getting to know the campus and Golden, people would often express how lucky she was to be working with her. 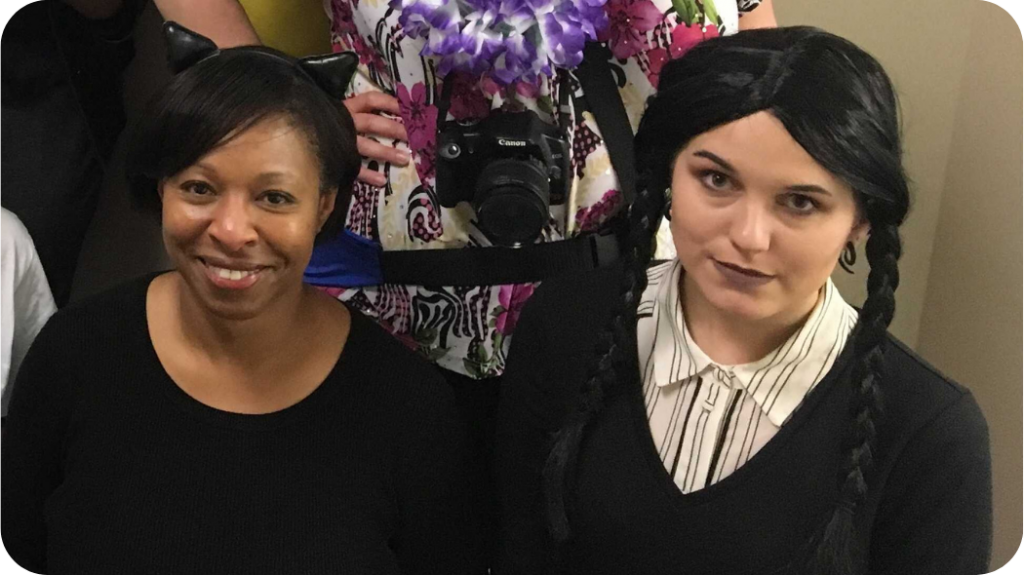 “They would say, ‘oh my gosh, you’re so lucky. Beverley is so great’ and they would go on and on about how much they love her and admire her,” Collins said. “It kept happening and kind of made me aware of how lucky I was to have her as a boss, hearing how much everyone else respected her, and the way she had built relationships with people. They respected her professionally, and they seemed to like her personally.”

Golden said that it had always been important to her to make sure Collins felt empowered. Eventually their work relationship shifted, and Golden was no longer Collins’ direct supervisor. That allowed them to become even closer.

“I wanted the best for Sarah as a friend, because for me “mentor-mentee,” the mentor is above the mentee and I never felt that way. This was about me empowering her,” Golden said. “There were times in the early part of my career where I never felt empowered, and so I wanted to do that for her. Sarah could have ended up being my boss and I would be delighted.”

With a foundation of trust and respect, they were able to learn and grow together. When it was time for Collins to move on from UT Tyler, it was Golden she went to for advice.

“She encouraged me, said all the right things. Our relationship means more now that we aren’t just right down the hall from each other. UT Tyler brought us together, that’s where we got to know each other,” Collins said. “It’s a huge compliment that she said she sees herself in me. She’s comfortable not being the smartest in the room, she wants to hire the people that are the smartest at what they do. I always felt empowered and trusted by her, and if I ever get the opportunity to lead a team, I want to empower them the way she empowered me.”

When it comes to finding a mentor, they both agree that the most important thing is building a relationship. Once that is established, there’s no telling how much you will both grow.

Do you have a mentor? We’d love for you to share a bit about that relationship with us, and what makes it work, on Next Step’s social media!